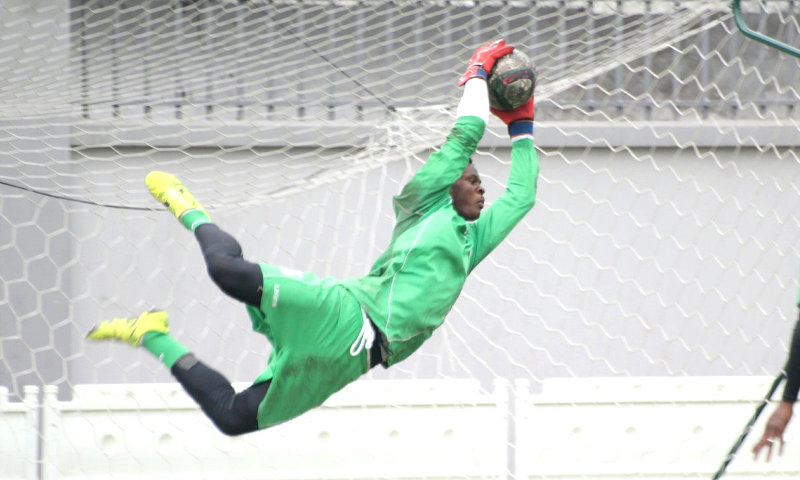 Internet
Kinshasa28-08-2020Sports - According to Forum DES AS, the Congolese young international goalkeeper has just joined the Vita Club Sports association, him who was the lining of congolese (Brazzaville) Mouko Barel at DCMP these two last years.

There are departures within the V Club Sports association, in particular of fourteen players, either sold or thanked. But there are also new recruits, following the example of Nathan Mabruki who, according to assertions of the Forum Des AS newspaper, joined Vita Club. The congolese young international goalkeeper would thus have left the rival club of Daring Club Motema Pembe where he spent three seasons.

Promised at a station of holder on his arrival within the DCMP, Nathan Mabruki was barred these two last years by the veteran gatekeeper Mouko Barel, former of the French club of Lille. Did come at V Club for a station of holder? Difficult to consider it as long as inexhaustible Nelson Lukong is still in activity and could still be the uncontested holder for his eleventh consecutive seasons.