After Uganda, Felix Tshisekedi will attend 2nd forum for peace in Paris 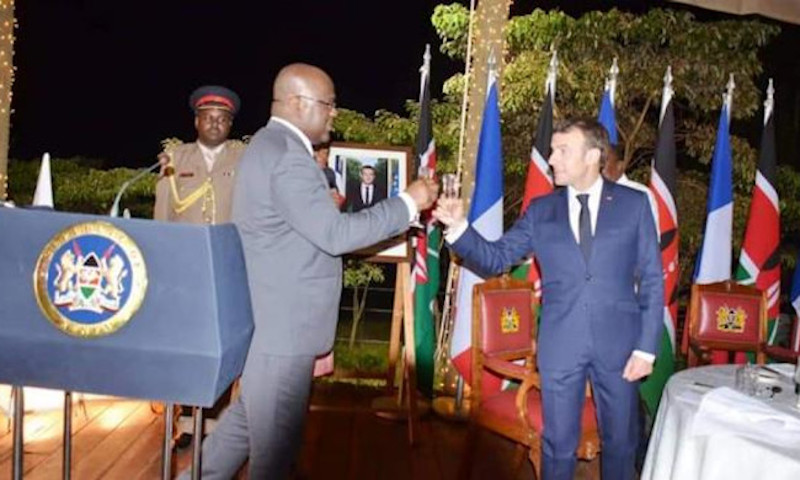 Internet
Kinshasa11-11-2019Politics - After his 48 hours stay in Uganda, president Felix Tshisekedi flew away on Sunday for France where he was awaited the starting of the activities of 2nd Forum of Paris for peace planned 12 and 13 November 2019 at Grande Halle de la Villette.

Felix Tshisekedi answers the invitation addressed to him on last 14 July by his colleague Emmanuel Macron. A private conversation between Tshisekedi and Macron is announced in the fringe of these meeting at Elysée.

At the head of the second edition of this meeting, this Monday in Paris, where are found thirty heads of state and government, Presidents Emmanuel Macron and Felix Tshisekedi, as well as the elected President of the European Commission, Ursula von der Leyen, and Chinese Vice President Wang Qishan, are due to kick off this meeting, the creation of which coincided in 2018 with the centenary of the end of the Great War.

The passage of president Tshisekedi in Paris will also enable him to tackle questions related to the bilateral relations between Kinshasa and Paris.   After France, Felix Tshisekedi will be in Germany where he will meet the chancellor Angela Merkel in Berlin.

This Forum falls under the dynamics initiated by president Macron to reaffirm the importance of the multilateralism and the collective action. It brings together all stakeholders to advance concrete solutions, when there are none, around six major themes: Peace and Security, Development, Environment, New Technologies, Inclusive Economy and Culture and Education.

Stakeholder Heads of State and Government will, on occasion, have to defend multilateralism in the face of rising national selfishness in an increasingly fractured world, including among allies within NATO.

The Forum for Peace aims to stand out from the traditional Davos economic summit, and is intended primarily as a forum for exchange between states, international organizations, NGOs, businesses and civil society to present "solutions for a better organization of the planet, according to its organizers.

Climatic change, inequalities, misinformation, cybercriminality… Vis-a-vis all these challenges, the Forum of Paris has as one’s ambition to be a relay of concrete actions and good practices.