Free school in the DRC: what does it cost to the State... 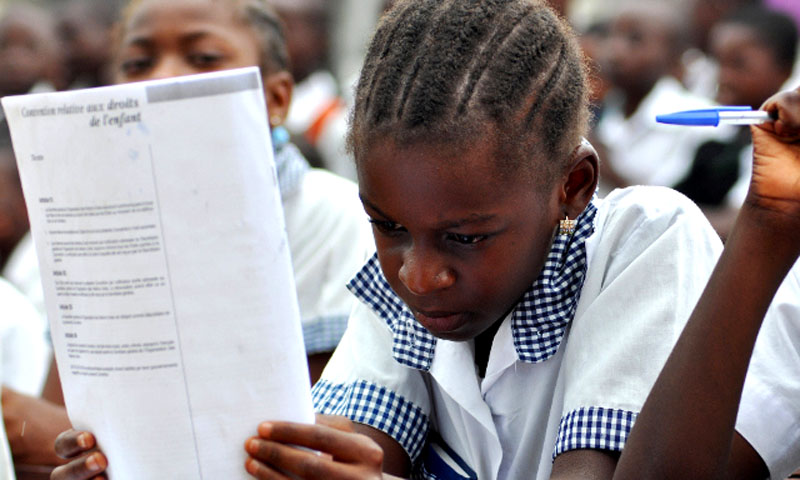 Internet
Kinshasa22-08-2019Society - It is today that a national round table on free basic education, is taking place in Kinshasa. But the biggest challenge facing the government is the expense of parents to pay for schools and teachers.

This Thursday, August 22, 2019, at Kempinski Fleuve Congo Hotel, is held a forum to think on the free basic education that President Felix Tshisekedi wants immediate for the school year 2019-2020. But the General Secretariat for Secondary and Vocational Primary Education (EPSP) already has an idea of what this free education is worth: $ 2.9 billion a year. That is, about a third of the entire national budget of the Democratic Republic of the Congo.

First, to cover the running costs of public schools, the State must pay $ 113 million to support the running costs of 51,574 public schools listed by the General Secretariat of the EPSP. Currently, the government finances just over half of these public institutions, or 30,773 schools, at a cost of 31, 489 million dollars. And the remaining 20,801 schools are still the responsibility of parents, including Kinshasa and Lubumbashi.

Once the State has filled this difference, it will then ask the question of the sustainability of this free system guaranteed by the Constitution. How does the State intend to go there not abandoning its sovereign responsibility? What are the more revenues that the country will rake to ensure teachers' salaries and their bonuses? This is the big question! "We want this free policy to be put in place, in accordance with the Constitution. But we fear that things will stop because State revenues do not follow", a parent wondered.

For the system to take off, the Congolese State must identify the whole sphere of the problem in order to avoid the parents a show policy. Finding more than $ 2 billion each year for primary and secondary education alone is a huge challenge that also requires a change of mindset in the collection of State revenues and their allocations.

For example, France, which ranks third in terms of the share of education expenditure in the national GDP, injects 137.4 billion euros each year, either 4.356 euros per second are spent every day for education.